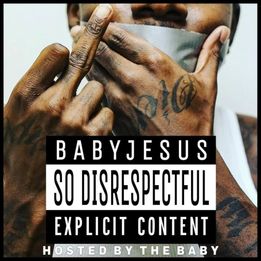 Here is a complete lyrics to One Time by DaBaby. I hope enjoy the lyric, share to others.

One Time Lyrics By DaBaby

Just told my brother Ri, like, we gon’ see a million dollars
These niggas can’t fuck with me (I swear), ayy, bruh, I put that shit on my mama
I pull up in that bumblebee (Skrrt), all you smell is cologne and good marijuana
Told you I was that nigga but you didn’t listen, I know you regret it, tell me what you missin’

Now watch out for these bitches, won’t leave me alone, they keep sending pictures, I need a new phone
I used to put on the same clothes all throughout the week but I still had them hoes
Then shit got ridiculous, I learned how to save shit, got out of control
I noticed that God has been blessing me heavily, pray everyday, but still nobody knows

I perform on a stage in two different states and I love to see people turn up at my shows
My nigga went on ’cause I didn’t have time, but still I had time to go fuck with them hoes
I got the new recipe, turn up with the family
Take a vacation, get back to Miami
Smoke a blunt with my brother, go chill with my cousin
Make sure that people all know that I still love ’em

The fame’ll do nothing, it’s crazy, same reason they hate me same reason they love me
But unfortunately I am impatient, I won’t keep you waitin’, I’m gon’ keep it comin’
Consistently creatin’ music and stacking my paper, preparing for something
Said fuck it, I’m dropping a mixtape, quit telling me be patient, bruh, this shit ain’t nothing (You right)

I was approached by a nigga in public, ain’t like his demeanor so I started clutchin’
He told me he fuck with me, fuck with my music, I let go the tool, told the nigga I love him
I told him take one of my CD’s, he told me he got one but he need another
And that was at 6: 45 in the morning, I ran out of Swishers while I was recording
The music my money, this shit got me geeked

Fly to the islands with one of my freaks
You already know I’m turnt up on the beach
That’s why I didn’t pick up my phone for a week
Fuck it, I’m living, I know when they say this gon’ go off
What you think? I’m Baby Jesus, these niggas make believe, I make believers
But how many said that shit when I was John?

I have just noticed my calling was super, your prophet
Disguised as an artist to put on for Charlotte
You already know it, nobody can flow it
Niggas around me, all of ’em grew up with me
Some of them niggas, they didn’t grow up with me
But I bet they wish they did, and nobody fuck with me

READ ALSO:  Good To Be A Man Lyrics By Elle King

Killing Me Softly With His Song Lyrics By Gabrielle