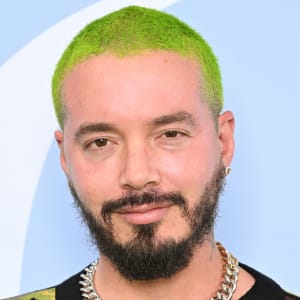 J Balvin is a reggaeton musician from Colombia who has achieved international success with crossover singles such as “Ginza,” “Mi Gente,” and “I Like It.”

Who Is J Balvin?

J Balvin is a reggaeton artist who started in the early 2000s and is originally from Medellin, Colombia. Both Colombian and international sounds influence his musical style. After the release of songs such as “Ay Vamos,” “Ginza,” and “Mi Gente,” he achieved widespread recognition, and albums such as “Energia” (2016), “Vibras” (2018), and “Colores” (2020) displayed his inventiveness as an artist. While being upfront about his struggles with depression, the Latin Grammy winner, who has won the award multiple times, has also established himself as an icon in the fashion world.

How Old Is J Balvin?

J Balvin and his younger sister, Carolina, grew up in a large mansion in the affluent area of Belén-Malib, surrounded by affluent neighbors. At 11, he joined his rock band and began playing the guitar. He was largely influenced by American hard rock bands such as Nirvana and Metallica.

The firm that the older José ran failed within a short time. As a result of the family’s relocation to a more affordable neighborhood and smaller home, Balvin was forced to sell stuff such as chewing gum and clothes at school to make ends meet.

At 18, Balvin participated in an English-language exchange program that relocated him to a rural area in Oklahoma, where he was left completely alone. Balvin was forced to flee after his host took his passport away and prevented him from communicating with his family and friends. Eventually, he went to Staten Island, New York, to live with an aunt. While there, he supplemented his income by walking dogs and immersed himself in the hip-hop culture prevalent in the area’s streets.

When Balvin returned to Medelln, he registered for international business and communication college courses. Still, he soon stopped going after he realized that making music was more interesting to him than academia.

Balvin first became interested in reggaeton after hearing about Daddy Yankee’s success on a global scale. He wanted to put his twist on the dancehall- and hip-hop-influenced music form that was erupting out of Puerto Rico at the time. He collaborated with the record label producers at Infinity Music and increased awareness of his recorded songs by doing live shows frequently and promoting himself aggressively on social media.

By 2009, Balvin had amassed a significant enough fan base to get a recording contract with EMI Colombia. Balvin’s singles “Ella Me Cautivó,” “Sin Compromiso,” and “En Lo Oscuro” began getting considerable radio play almost immediately after the label re-released one of his mixtapes called “Real.” At the prestigious Premios Nuestra Tierra music awards presentation in Colombia in 2011, the swiftly ascending musician took home four trophies for his work.

In 2012, J Balvin had his first taste of worldwide success when his songs “Yo Te Lo Dije” and “Tranquila” started charting in the United States. After that, he released the single “6 AM,” which went on to win the Billboard Latin Music Award just before the release of “La Familia” in October 2013, his first album under the Capitol Latin label of Universal Music. The next year, the release of “La Familia B Sides” and “Ay Vamos” broke the one billion view barrier on YouTube for a Latin urban song.

The success continued with the release of “Ginza” in the summer of 2015, which dominated the top spot on the Billboard Hot Latin Songs list for a record-setting 22 weeks. After that, Balvin had an appearance on the Latino remix of Justin Bieber’s song “Sorry,” and his work with Pharrell Williams and Bia on the song “Safari” was a contributing factor in the reggaeton artist’s 2016 album “Energia” winning a Latin Grammy for Best Urban Music Album.

With the success of his song “Mi Gente” during the summer of 2017, which also helped him break into the top 20 of the Billboard Hot 100, Balvin accomplished his goal of gaining worldwide fame. The song prompted an even more popular version, which featured Beyoncé singing in Spanish this time. “Vibras,” the companion album released in 2018, was awarded the Latin Grammy for Best Urban Music Album for the second year. During that same year, Balvin accomplished another significant goal: ascending to the number one slot on Spotify’s list of global monthly listeners.

After collaborating with Bad Bunny and Cardi B on the smash track “I Like It” in 2018, which earned him his first number one spot on the Hot 100 list and a Grammy nomination, Balvin teamed up with Bunny once again for the unexpected release of “Oasis” in June of this year. The songs “Qué Pretendes” and “La Canción” were two of the album’s singles that performed well on the Latin charts. Later that same year, Balvin’s collaboration with the Black Eyed Peas on a different single titled “Ritmo” resulted in another Top 10 smash.

Following his performance with Jennifer Lopez during the halftime show of the 2020 Super Bowl LIV, Balvin released his most recent studio album, titled “Colores.” The album had a list of color-coded tracks, such as the modest “Blanco” and the horn-led “Amarillo,” in addition to having a cover drawn by the Japanese artist Takashi Murakami, which was designed to be eye-opening. In the summer of 2014, Balvin debuted the song “Agua” for The SpongeBob Movie: Sponge on the Run soundtrack. He then closed the year on a high note by receiving a record-breaking 13 nominations for Latin Grammys.

The consistent output of Balvin continued into 2021 with the release of the 24-track album “Jose.” The album was highlighted by the songs “Un Dia (One Day),” which featured Bad Bunny and Dua Lipa, and “Una Nota,” which gave the singer a record-setting 33rd No. 1 hit on the Latin Airplay Chart. Additionally, he contributed the song “Ten Cuidado” to “Pokémon 25: The Album” before collaborating with Ed Sheeran to release the songs “Sigue” and “Forever My Love” together in the spring of 2022.

While filming the music video for Balvin’s track “Sigo Extraándote” in 2017, he was introduced to Argentine model Valentina Ferrer for the first time. The couple decided to make their relationship public during New York Fashion Week the following year. Rio was born to the couple in June 2021, and Balvin explained the reason for the name Rio to Ellen DeGeneres “Rio, like river, I want him to float simply.” Ferrer gave birth to the couple’s kid that month.

In addition to the music that has propelled Balvin to the top of the charts, he expresses himself through a striking image that features a multitude of tattoos, varying hair colors, and daring choices in clothing. This includes the flower-strewn dress and matching facial covering he debuted at the Met Gala in 2021, as well as the puffer skirt he wore for the Louis Vuitton fall 2022 menswear show. Also included in this category is his outfit for the Louis Vuitton show.

Because of Balvin’s passion for the industry, he has worked on many projects in conjunction with the clothing retailer GUESS. Additionally, he has designed footwear for Nike’s Air Jordan brand and collaborated with Miller Lite to bring forth the BodegaWear collection in the summer of 2022.

Since the beginning of his career as a worldwide sensation, the singer has not been secretive about his struggles with mental illness, including depression and panic attacks. He claims that he could now change his outlook after eventually deciding to seek counseling, and he manages his illness by meditating, watching what he eats, and engaging in relaxing activities, such as coloring books.

In May of 2022, Balvin announced that a bilingual mental wellness app called OYE would soon be available. OYE, which was developed with his therapist’s assistance, promises that it will enable users to obtain beneficial results by encouraging reflective thinking, expressive movement, and concentrated listening.

In 2016, Balvin became a coaching staff member for the fifth season of “La Voz Mexico.” In 2018, he was also a guest on “The Hollywood Puppet Show” and “Nicky Jam: El Ganador.” Following that, in 2021, he will play a fictionalized version of himself on the FXX series “Dave.”

In addition to his work on The SpongeBob Movie, Balvin provided the voice of reggaeton musician Tresillo for the animated Trolls World Tour, which will be released in 2020. The next year, he was included in the documentary titled “The Boy From Medellin,” which was made available on Amazon Prime.

If Only Lyrics By Ciara