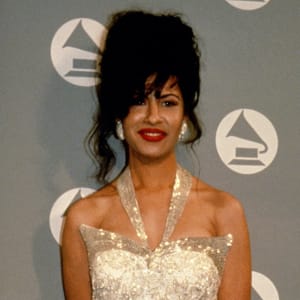 Who Was Selena Quintanilla?

In the 1980s, Selena Quintanilla made her first recording, and she became an award-winning recording artist in the Latin music scene with albums such as Amor Prohibido and Selena Live. Her career began in the 1980s. In 1995, the individual who had founded her fan club was the one who was responsible for her death. Her final album, Dreaming of You, was published after her death in 1995.

Selena began her life on April 16, 1971, in the Texas city of Lake Jackson. Abraham Quintanilla, Selena’s father, had a career as a musician. He oversaw and produced the musical career of his family’s band, Selena Y Los Dinos.

Selena was raised in an English-speaking household, but her father instructed her to sing in Spanish to connect more deeply with the Latino population. She began by learning the lyrics phonetically, and over time she became fluent in Spanish. When she was young, she started acting.

Selena took over as the lead singer in the band that her family had formed when she was about 10 years old. The musical ensemble started in Texas by performing at weddings and clubs in their home state. Her sister Suzette played the drums, and her brother Abraham played the bass guitar in the band.

It was said that Selena was the “Queen of Tejano,” a genre of Mexican music that incorporates elements of other musical genres, such as country and western. She was sometimes referred to as the “Mexican Madonna” for her provocative clothes and dance moves. This nickname was given to her because of her popularity in Mexico.

Selena’s album in 1990 was the first Tejano record to be certified as a gold record, indicating that it sold more than 500,000 copies.

Selena made history when she won the Grammy for Best Mexican-American Album, being the first female Tejano artist ever to do so. Her album, Live!, debuted at position No. 2 on Billboard’s Top Latin Albums chart.

READ ALSO:  'The Goonies' Cast and Their Whereabout

In 1994, Selena and her band made multiple stops on their tour in New York, California, Puerto Rico, and Argentina. The same year, Amor Prohibido was released and quickly earned gold certification.

Soon after the debut of Live!, Selena began working on her first album to be entirely in the English language, which she thought would propel her to the top of the pop music charts in the United States. Sadly, she did not live to see the business become successful during her lifetime.

After Selena’s passing, the song Dreaming of You was released, and it quickly became a massive hit. In the week beginning August 5, 1995, the album debuted at the top spot on the Billboard Top 200 chart. That made it the first album with a significant portion of Spanish-language tracks to reach number one on the chart.

Other well-known songs performed by Selena include the following:

Grammy and Other Awards

At the 36th Annual Grammy Awards in 1993, Selena was presented with a Grammy for Best Mexican-American Album for her Live album!

Selena enjoyed a great deal of fame amongst Tejano music enthusiasts. She triumphed in the 1987 Tejano Music Awards, taking home the trophies for “Best Female Vocalist of the Year” and “Performer of the Year.”

On April 2, 1992, Selena tied the knot with Chris Pérez. When Pérez became the lead guitarist for Selena’s band, Los Dinos, in 1990, the couple first met each other and began dating secretly. Before Selena was murdered in 1995, the couple had been married for nearly three years.

On March 31, 1995, Selena was a victim of a shooting in Corpus Christi, Texas, which ultimately led to her death. She was only 23 years old at the time.

The assassination of Selena sent shockwaves through the Latino community, and her fans worldwide lamented the loss of the singer after her untimely death.

Yolanda Saldivar, who was the founder of a fan club for Selena, is the one who ended Selena’s life. In San Antonio, Saldivar oversaw the operations of Selena’s fashion business. According to the court documents, Selena and Saldivar met in a hotel room at the time of the shooting to discuss Selena’s concerns that Saldivar was stealing money. Saldivar then shot Selena. Saldivar asserted that the shot was fired inadvertently. In October 1995, she was given a life sentence without the possibility of parole.

After having served at least 30 years of her sentence by the time the parole hearing takes place in 2025, Saldivar will be eligible for release on parole.

Jennifer Lopez plays the Tejano diva Selena in the film Selena, released in 1997 and based on Selena’s life story. Edward James Olmos plays Selena’s father in the film. Lopez made history by becoming the first Latina actress to earn $1 million for a movie part. She was also nominated for a Golden Globe because of her performance in the film.

Pérez chronicled his time spent with Selena in the memoir To Selena, With Love, which was released in 2012. He intended to adapt the book into a series for television.

In 2016, Abraham filed a lawsuit against Pérez for violating an estate agreement that Pérez signed shortly after the singer’s passing. According to the agreement, Pérez agreed to give Abraham the exclusive rights to Selena’s name, voice, photographs, and story in perpetuity. Abraham’s lawsuit alleged that Pérez’s actions violated the terms of the agreement. Pérez was unsuccessful in his appeal towards the end of 2018, and in May of the following year, both parties reached a settlement agreement to end the dispute.

In the meantime, Netflix made public their intention to create a narrative series based on the singer’s life; the Quintanilla family would serve as executive producers on the project. The first episode of Selena: The Series aired in December 2020 and starred Christian Serratos from The Walking Dead.

Selena’s music and demeanor have managed to maintain their widespread appeal throughout the years. On November 3, 2017, Selena was posthumously honored with a Hollywood Walk of Fame star. Mayor Eric Garcetti named that day “Selena Day” in Los Angeles. During the same Halloween season, reality star Kim Kardashian West paid tribute to some of the most iconic figures in the history of music by dressing up as a Tejano singer.

Ana-Maria Ramos, a state representative from Texas, presented a bill in February 2019 that, if passed, would make Selena’s birthday, which is April 16, a state holiday. In the same year, San Diego State University announced its intention to introduce a new class entitled “Selena and Latinx Media Representation” beginning in the academic year 2020.

Everything I Wanted Lyrics By Gabrielle